Hungry? How About Some Glyphosate for Breakfast? 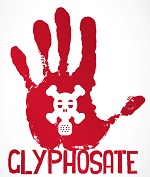 How do you feel about eating some cancer causing herbicide for breakfast?

Recent tests have detected high levels of this toxic herbicide, called glyphosate in some popular breakfast foods. Glyphosate, listed as a probable cancer-causing agent by the World Health Organization, is the most popular herbicide in use today. Commercially sold as Roundup, it is made by Monsanto and is usually paired with seeds that resistant to it.

What is alarming about the test results released by The Alliance for Natural Health USA is that the herbicide was found in high levels in foods like eggs and oats where glyphosate is not normally used. Even more distressing is that some organic eggs were found to have levels over FDA toxic limits. Safe limits of glyphosate in the US allow for levels that are 5 times higher than those allowed in Europe. This means that many more of the tested products would have been red flagged by European standards.

The report concluded that: ‘This suggests that Americans are consuming glyphosate in common foods on a daily basis.

From a South African point of view, consider this:

Practically speaking, what can you do to minimize exposure to glyphosate? For a start, don’t eat corn, corn based products or soy foods. Also buy organic if you can afford to or where possible grow your own veggies.

You can read about the report on the ANH USA website.