From Biggest Losers to Biggest Gainers 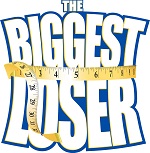 Danny Cahill won the Biggest Loser in December 2009. To win, he dropped 239 pounds, losing 55% of his body mass in the process, the largest percentage in the history of the TV show.

Propelled by his triumph, Danny remained in the public eye, appearing on TV shows like The Jay Leno Show, Larry King Live and The Suzy Orman Show. He went on to make a name for himself as a motivational speaker, pushing the values of a healthy mental attitude and a physical lifestyle.

Yet despite his best efforts, over the next six years he regained more than half of the weight he had lost.

Danny is not alone.

This is really bad news for anyone trying to lose weight.

While not as public as the Loser’s regain of their lost weight, their journey is familiar to many dieters. So many of us have been through it. First the big effort and the resulting weight loss, accompanied by waves of joy and admiration from family and friends. Then the agonizing ascent of the numbers reported by the bathroom scale and the gradual movement of the ‘fat clothes’ to the front of the clothes rack.

The Question is why?

Why does the weight come back, and why is it so difficult to keep it off?

In a similar vein, why do so many Banters, having successfully lost the first few kilos, stop losing weight? This vexed problem has long been a puzzle for weight loss researchers and the weight loss industry.

Some blame motivation and compliance, which certainly can be a factor in some cases. However, this can’t be true for everyone; especially for people like Danny whose livelihood depends on staying slim and whose motivation cannot be questioned.

The study we have been discussing blames a slowing metabolism.

The authors contend that the bodies of the 14 Biggest Loser contestants they studied adapted to a lower intake of calories by reducing energy output. Which is exactly what happened - as proved by their extensive tests.

This sage advice is the almost universal approach followed by doctors and diet professionals. It is also the method used in The Biggest Loser Show, where contestants spend most of their day exercising, while cutting calories.

The problem is that the human body is smarter than this. It cannot allow a state of reduced input of food to persist in the face of high energy output. The reason for this is simple; if the trend is allowed to continue, the body will die, something our bodies are extremely well equipped at preventing.

What happens is that resting energy output is lowered to conserve energy.Which means that exercising more hardly helps.

Which means that everyone including the hapless Biggest Loser contestants are doomed to fail when following an Eat Less, Move More diet!

To work properly, any diet or lifestyle that can burn body fat and keep it off cannot allow the body to sense that it is in a state of starvation. As soon as this happens, resting metabolic rate will be reduced, which will then guarantee failure.

Thus to succeed we have to ensure that we avoid signals that produce a slower metabolism.

This is not as difficult as it sounds.

Rather than restrict calories, we need to access a body state that keeps our metabolisms running at the same time as allowing for the burning of fat.

The best way to do this is by introducing periods of fasting. When the body is deprived of any food for a period of time, insulin levels drop and hormonal changes occur to ensure that the body is maximally prepared to find food.

This is in direct contrast to what happens in the presence of a reduced food supply.

We need to be able to burn fat, which happens when no food is available and insulin levels are low.

Deprived of food, the body kicks into fat-burning mode, producing less insulin, more growth hormone and adrenaline to allow it to burn more fat. And guess what? As proved in multiple studies, metabolic rate does not drop!

You can only lose weight and keep it off with a diet that does not lower your metabolism over the long term.

To do this you need to know how to control your insulin levels.

The method proposed in the new book Banting Sucks does exactly that.

Read the book to find out more.

Previous Why I Disagree with Prof Noakes about Food Addiction Next On a tight budget. This is the diet for you!
Categories
Recent Posts
The Bristol Stool Chart
Featured Posts
New Book The Four Horsemen of Psoriasis Published
The Bristol Stool Chart
Reading Nutrition Fact Labels
Archive
July 2016
May 2016
April 2016
March 2016
February 2016
May 2015
February 2015
March 2014
To Top